We are pleased to announce that we have collaborated with TAITOATS to bring some of our favorite songs from the HOOVES COASTER franchise to TrotMania! In return, several popular songs from TrotMania will also make appearances on Hooves Coaster 4+ MAGIC MYSTERY, as well as other unlockable cosmetics inspired by the series. 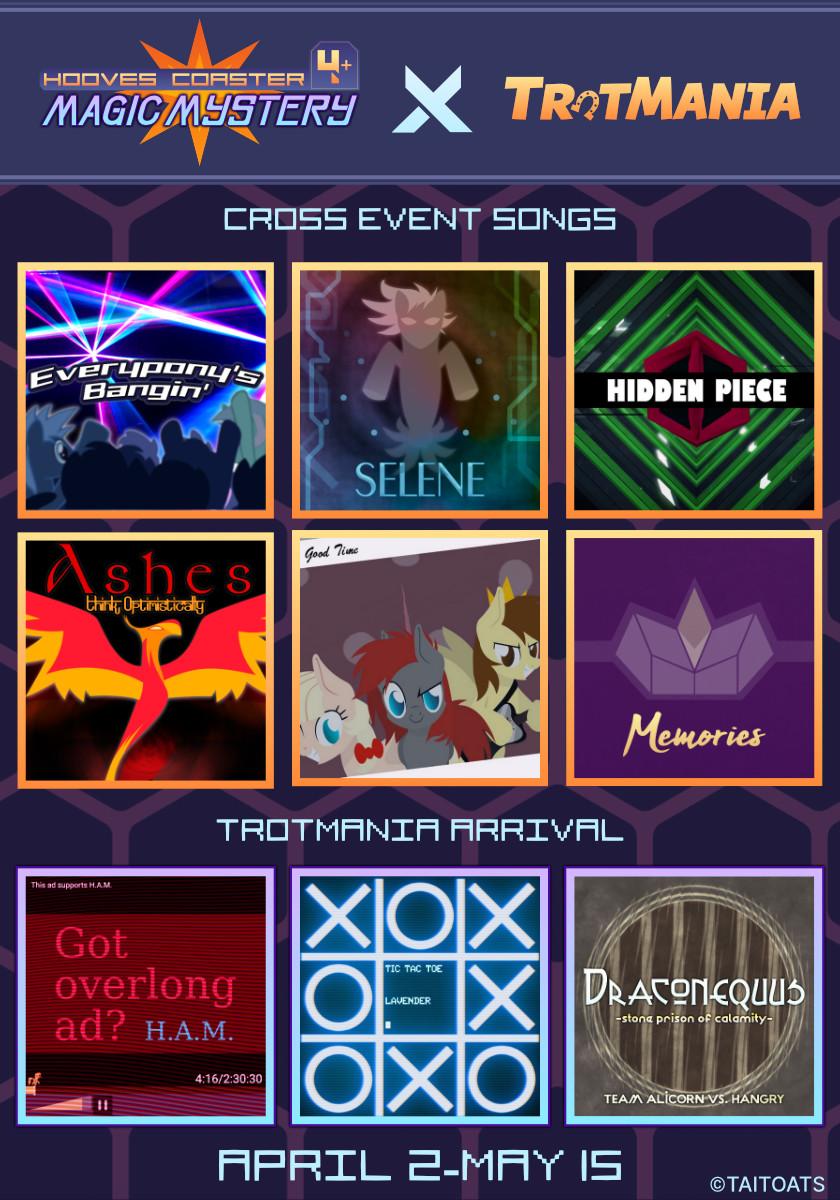 This project was months in the making, so we are obviously quite excited to see it all in action! It’s a deceptively simple game, we must add. Meanwhile, the songs provided for our side of the collaboration are just as technical in TrotMania as they are in Hooves Coaster, so we’re pretty sure you’ll be in for a challenge.

There’s also going to be side content, such as an Obscurus navigator and in-game avatars. The event runs from April 2 to May 15, so don’t miss it! We’ll be sharing more information, including chart previews, later today.