The lore of this city-wide masquerade carnival ended up being much deeper than you thought it was going to be.

Either way, all this medeival RP got you more in the mood for the convention you had originally travelered here for, at least!

With 2020, the consensus was that big, elaborate April Fools jokes were in poor taste what with the current global situation. Said situation is still going on to this day, as you may have noticed. Thus, we’ve decided to forgo even a throwaway joke and instead do a little info-drop for the upcoming TrotMania VI: Loopback to help make it up to our followers! We can confirm that at launch, the game will come with at least 20 new songs, including the following:

We hope you’ll be discerning of any big pranks this year and hope you look forward to further news on Loopback! Content development is still relatively early on, the current setlist is still mostly in the chart creation phase and the graphic phase is a ways off, so it might be a while before there’s more news on that front. 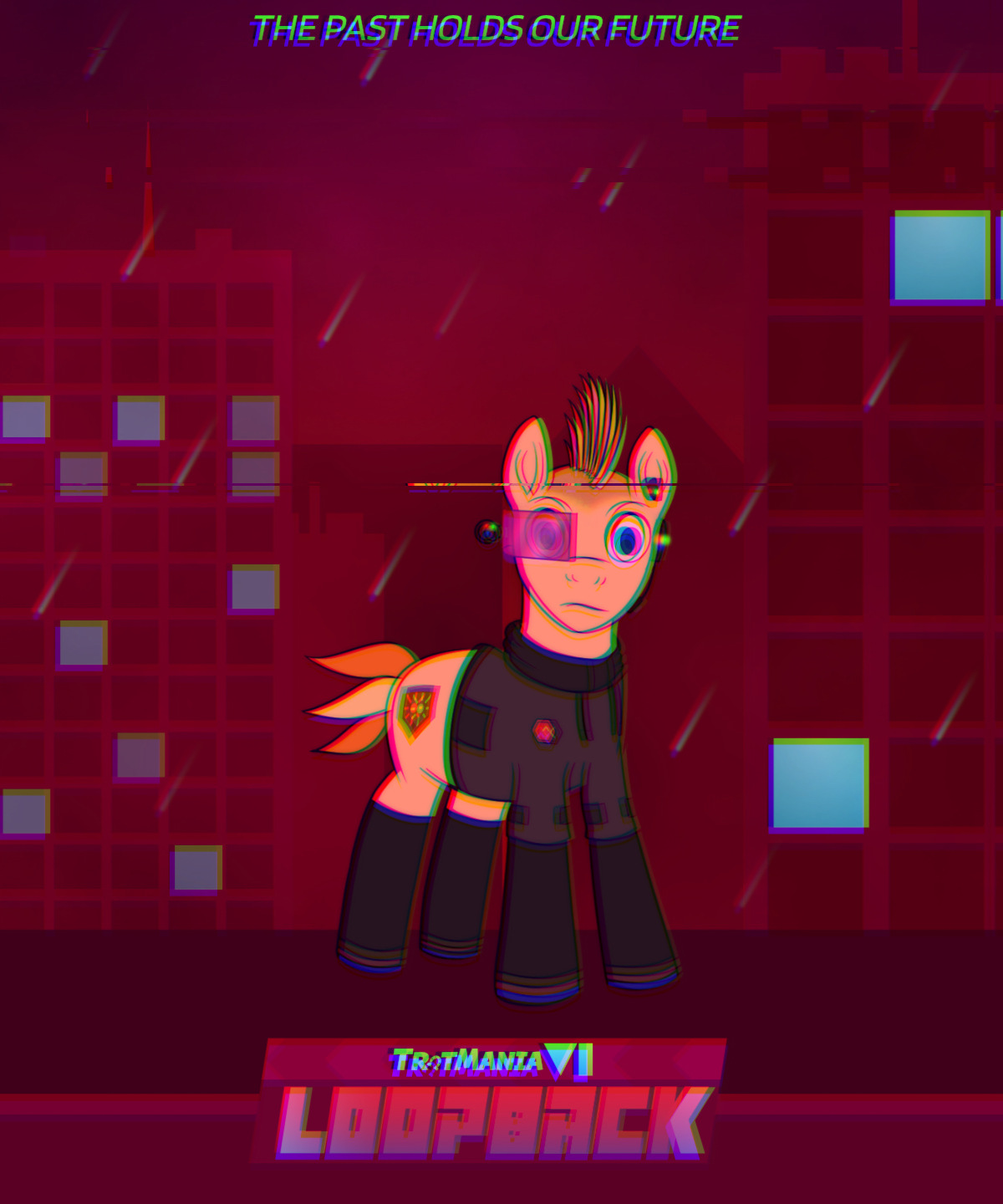 If you missed the stream earlier, the cat’s out of the bag: TrotMania VI: Loopback is our next installment. We’re still in the planning stages of certain aspects, so I’m not going to reveal everything right off the bat, but there are some things I can talk about.

First and foremost, our theme is basically cyberpunk, and that is definitely not the Sun Beamer you know and love (in fact, that’s not even his name! But more on that at a later date). Secondly, this will be the first TrotMania to be built around the latest StepMania release in development, 5.3; it is only appropriate, given that it really is that much of an improvement in terms of performance and functionality over existing versions.

In terms of content, we’re planning on doing some rather major changes. Some things will remain similar to how we’ve done things before, but we will be trying a few new things for VI:

“So they’re taking other worlds, corrupting them, and using the results against us…”

Alongside our standard difficulties (which will remain as they are in terms of style), we are planning to include more themed, alternate charts that, hopefully, will be more more varied and technical than what you’re used to.

We are not just here to dance…

“Another thing apparent is that they have a wider variety of tactics than what your counterparts had to deal with.”

StepMania is primarily known as “the DDR simulator”, but it can do much more. Through community contributions, we will be accepting charts in other game modes are being added or refurbished on 5.3, including 5-panel, guitar, drum, etc. This will apply to both TM VI songs, as well as earlier songs too.

You might have noticed the reference to “community contributions” under the last heading. In comparison to past editions of TrotMania, we are going to be opening up the development process a bit more. We’re a community that’s part of much bigger communities, so it’s only appropriate that you should be able to join in on the fun as well.

There will still be parts that will remain a surprise until we specifically unveil them (including the theme itself, some of the songs, etc.), but we are planning to have a formal process for openly submitting/vetting content — music, charts, etc.

Expect more information on all of these aspects over the next little while as things are ironed out and set up. 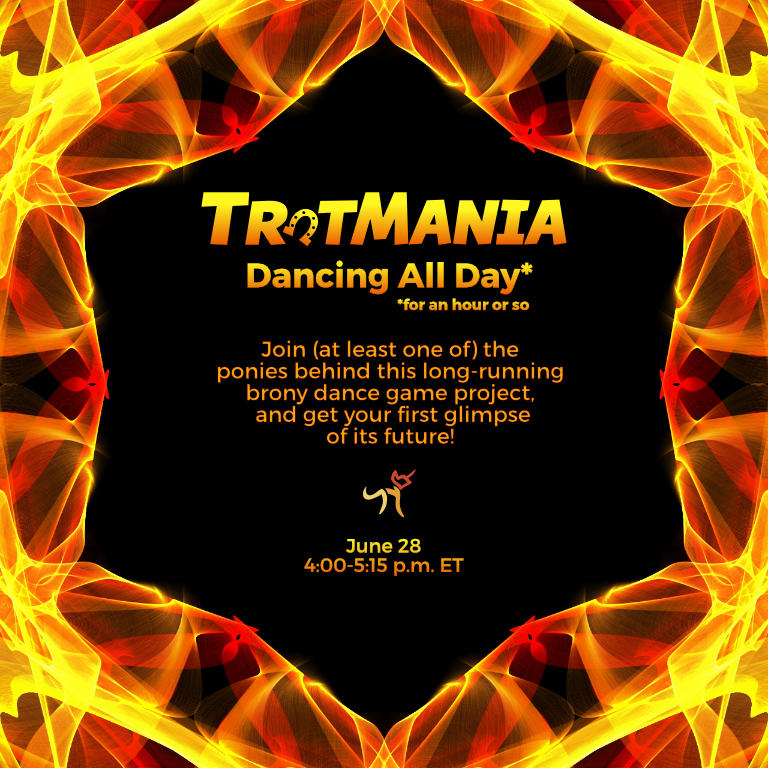 I guess you can say this event is going to be Euphorius.

It all begins May 16 at 2:00 p.m. ET; check out Burning Mare on Twitter for more information! 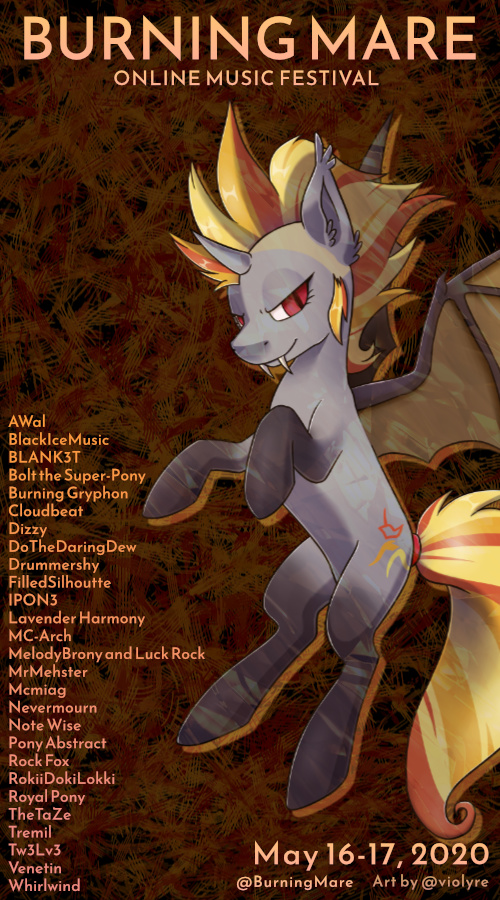 This patch ended up coming later than expected, as it was originally intended to be merely a hotfix for certain elements that were kept obscure at launch, but enough other tweaks and some content additions ended up coming along that it grew into this meaty thing!

You can find the patch in the Downloads section of this site, in the general section. Because all installments are given updates, it’s recommended that you have all the packs loaded (and of course, make sure they are the refreshed versions released with Shrive or else there may be some file misoverlaps).