(“That’s what she said. That odd blue DJ mare with the glowing stuff, anyway”)

Well, today was a historic day in the world of Pony, for several reasons. The first one is something you should already know, and the second is a spoiler from today’s episode that everyone probably found out about by accident even if they were desperately avoiding it. Yes, it’s proven: the more songs in a MLP episode, the greater the chance some dramatic event is going to occur.

But now, we have a third reason: the mini-drought is over. Today, we’ve got a three-pack of new “DLC” songs for Aeternum Obscurum, featuring tracks from the recently-released collaborative album Celestial Planes 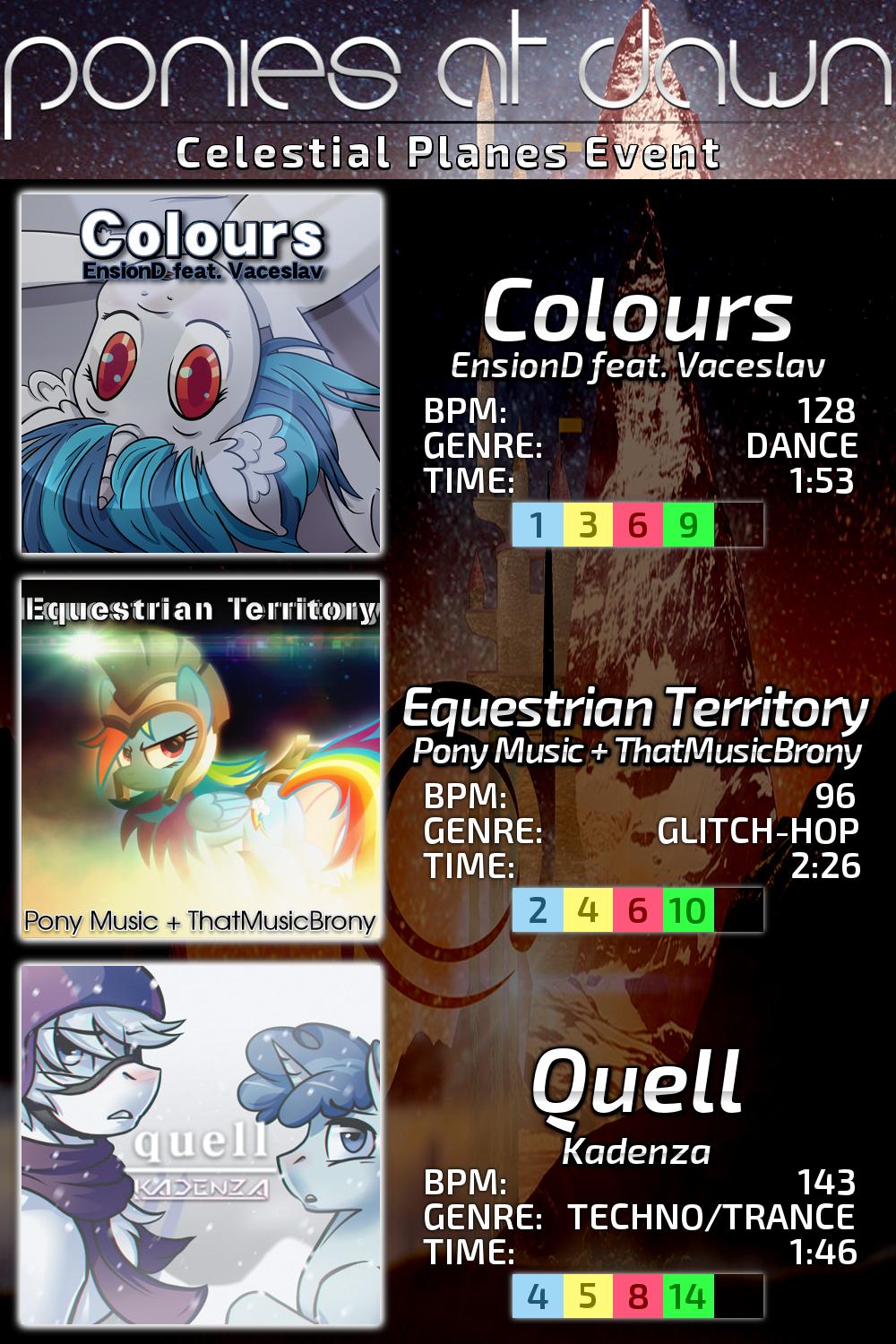 These songs will also be included in the next cumulative update.