“That Sun Beamer pony just doesn’t get it. He’s blended himself perfectly into the sea of silly looking hoof fluffs, mane extensions, and glowsticks that is the Summer Sun Celebration, in Las Pegasus. Not even I, Obscurus Noctis, the 97th best DJ in the world as determined by that meaningless fan vote Barrelboard always does, have located him. I have one more night, dusk till dawn, to show him what happens when you mess with the wrong mare, because I doubt he’s planning on going the new Vanhoover SSC they’re doing this Autumn.”

“Of course, that’s because I would have captured him and subjected him to my bidding by then. Which will probably involve serving as my permanent roadie. It’s less fun than it sounds. But back to the task at hand: two can play at the game of stalking online postings to figure out where somepony is going to be. Under his typical screen name, he announced to the world that he cannot wait for Swedish Horse Mafia and Dream Fractal’s sets tonight. Upon further review, I discovered that they’re on right after each other, at 11pm and Midnight respectively, but on different stages. Said stages happen to be just a short trot away.”

“He clearly optimized his schedule to reduce travel times through the crowds, which gives us a good ambush point in between. As I mentioned in my previous journal, I have accounts of the legendary tyrants that plagued our history, encoded in my mental reality format. There is absolutely no way he’ll be able to escape it: it is as immersive as you’re gonna get from my magic. He’ll have to face challenges that were meant to be faced by a raid party of six, good friends, and it will conclude with the ultimate 1-on-1 battle against one of my favorite historical figures. The festival may be ending, but your time here won’t. I hope you hate it.”

“When the new day begins, your time is up. Before dawn, you will fall.” 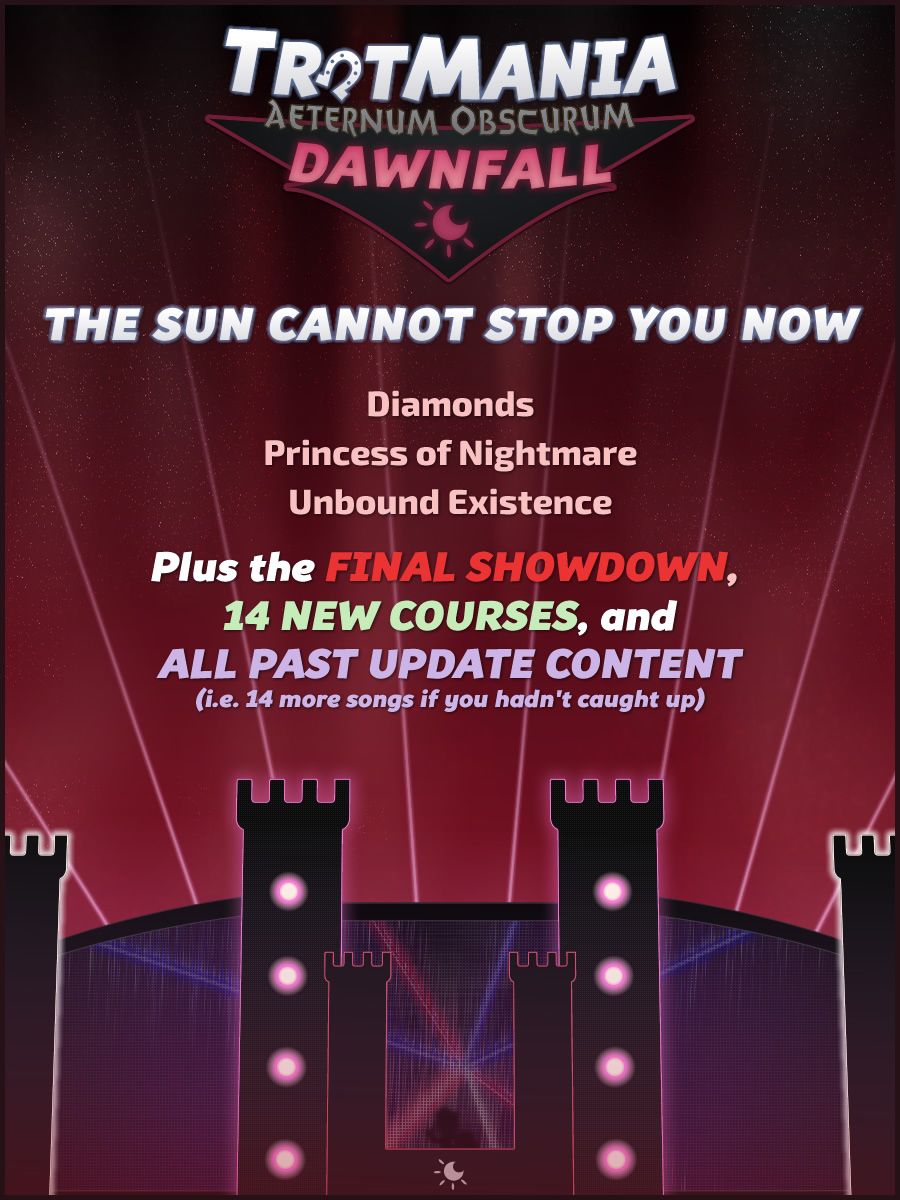 This is the moment you’ve all been waiting for: the party is over, everypony: this is the final update to TrotMania III, and we’re going all out in ways nopony has gone before. One of these ways, specifically, is subverting your expectations. You were all expecting “Night 3”, right? Well, think again! This is TrotMania III: The Dawnfall Update (or just TrotMania III: Dawnfall, for short).

There is quite a bit of new content in Dawnfall: we got some tough new songs (including the official final boss that this entire update is built around), various fixes to existing songs, and a whole batch of new Playlist courses, and a few new Oni courses too (accessible via the BlackHole mode). Many of these courses assume you already have the TrotMania I and Chrystalize songs, however, so be prepared.

Additionally, I did some updates to the TrotMania III theme, version 1.5: there are a few major improvements, such as the aforementioned folder tweaks to make sorting and navigating through your song library a bit more concise, some updated artwork, as well as an all-new Dawnfall variant designed to hype you up even further for that final battle. It has a few secrets too if you are determined to find them. 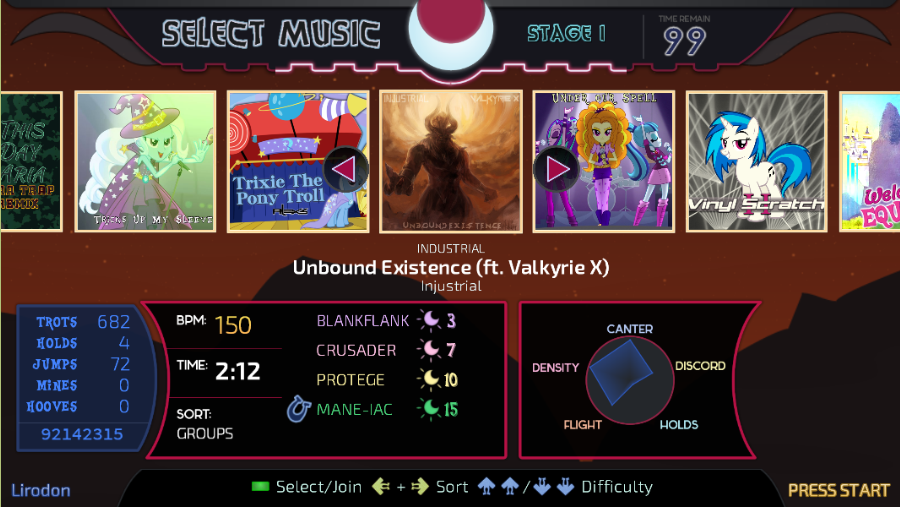 If you haven’t downloaded them in the past, we also included all the additional content (songs and courses mainly) and patches that we released for TM III, so you can easily catch up without having to download about seventeen different ZIP files.

All we can say is, here goes nothing. This may be the final update, but not the final patch (i.e. if there are problems with any of the new or existing content, we will still patch it). We are setting our sights on Euphorius, and it’s already sounding pretty good so far.

We managed to keep things straightforward – just overwrite the relevant content in your StepMania user folders or portable install (in the case of the former on Windows, look under %AppData%\StepMania 5). For the theme, delete the existing copy (if any), and replace it with the new version. If you need installation assistance, you may ask on the forum or in comments.

Remember, on TM3, all updates are cumulative: this update contains the content of the previous major update as well, so if you did not install it before, you only need to install this one, as Dawnfall supersedes Night 2. 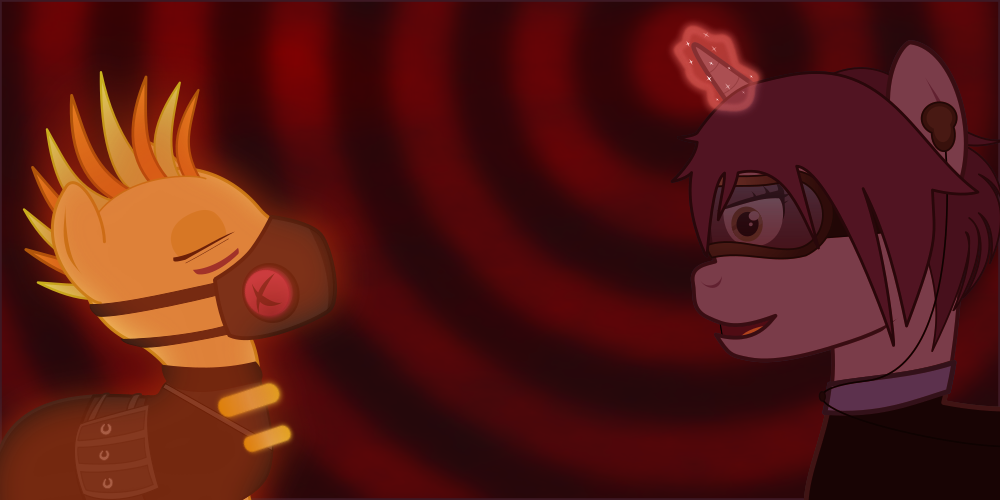 “Welcome to the final concert you will ever attend, lone stallion.”