We’ve released version 1.1 of the TrotMania Euphorius theme for SM5. If you haven’t updated from the original version included in the main Euphorius package, you are actually missing out on a few major additions that had been made since the original 1.0 release.

Firstly (this is one of the new things on 1.1), failure will get you burned. Literally. 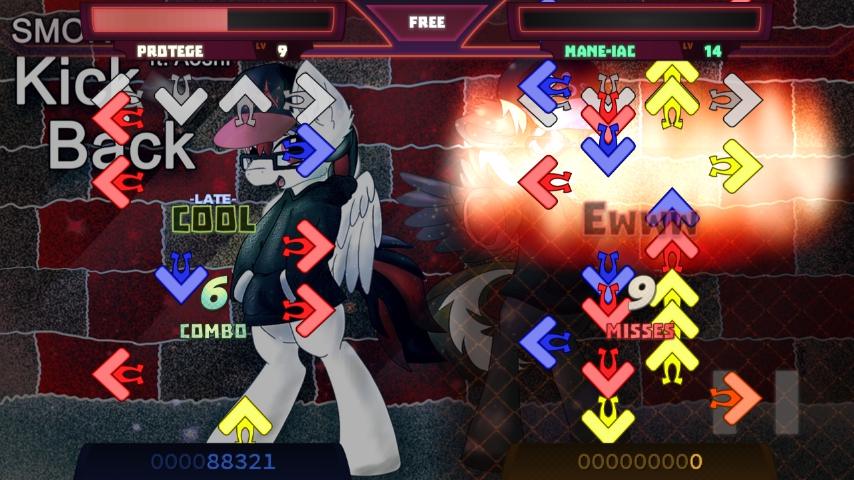 Secondly, yes, the pro timing display option is back, gameplay has extra flourishes, plus a new “Compact HUD” mode has been added which slims down the gameplay header to make better use of screen space. 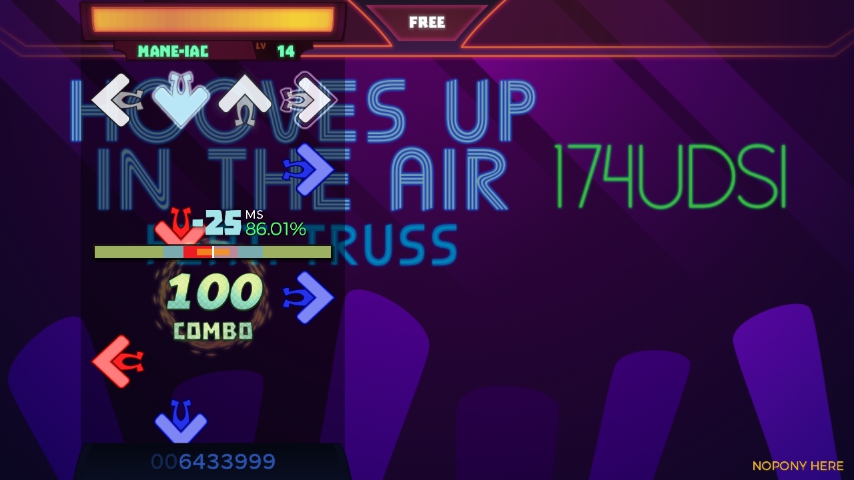 The evaluation screen is also got an updated layout. 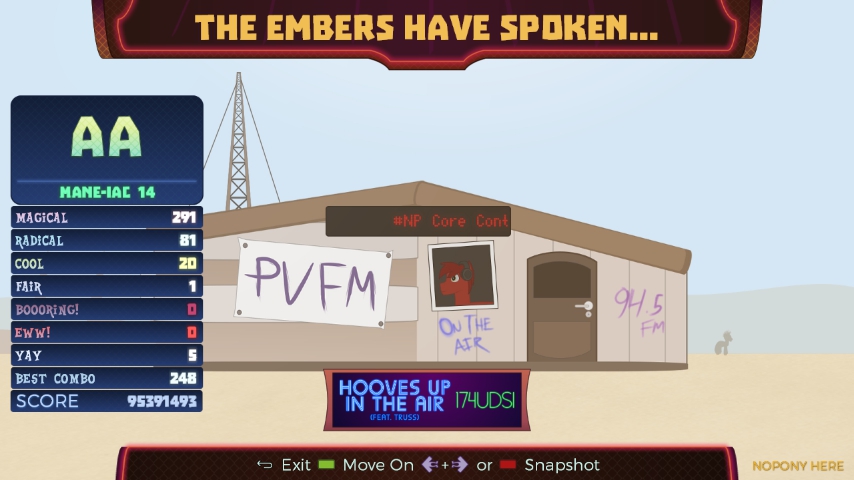 Plus, there have been other minor bug fixes and adjustments here and there too; on a related note, I’d like to personally thank everyone who has been spot things that need to be fixed. You’ve all been a big help.

Another thing that’s been updated since Euphorius has been released is, of course, Embers Fall; keep an eye out, because the action’s about to heat up (and I mean, in the metaphorical sense, of course).