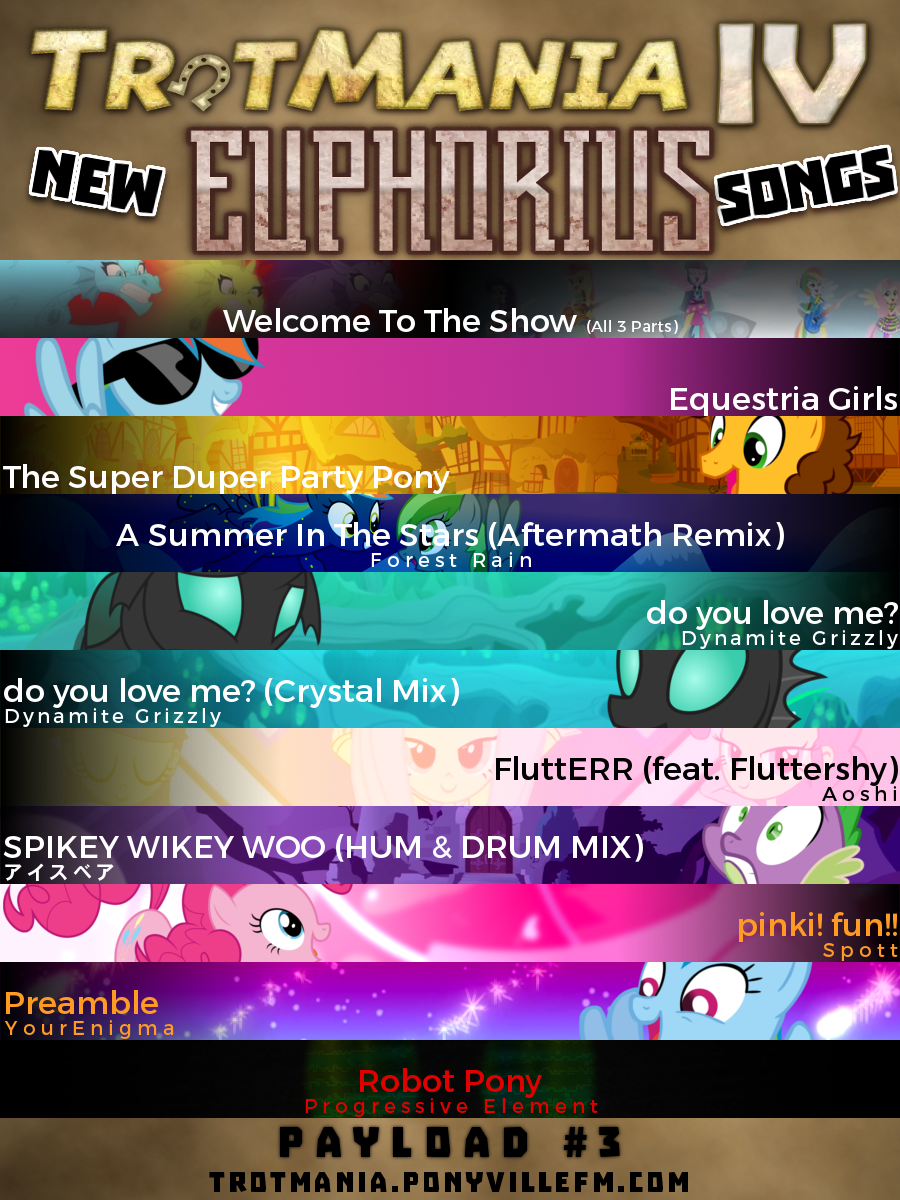 After a couple of months, we’re proud to announce the latest update to TrotMania is now available! Loaded with a baker’s dozen of songs along with a bunch of other goodies, this one’s quite meaty. Let’s look into our main entree…

Welcome To The Show (Music In Me, The Battle, The Music Survives)

A Summer In The Stars (Aftermath Remix) / Forest Rain

Check out the download for the update in the Downloads page on this site! Heads up: unlike last game, if you have not yet obtained Payload #2, you will need to download it before Payload #3: these patches are heavy!