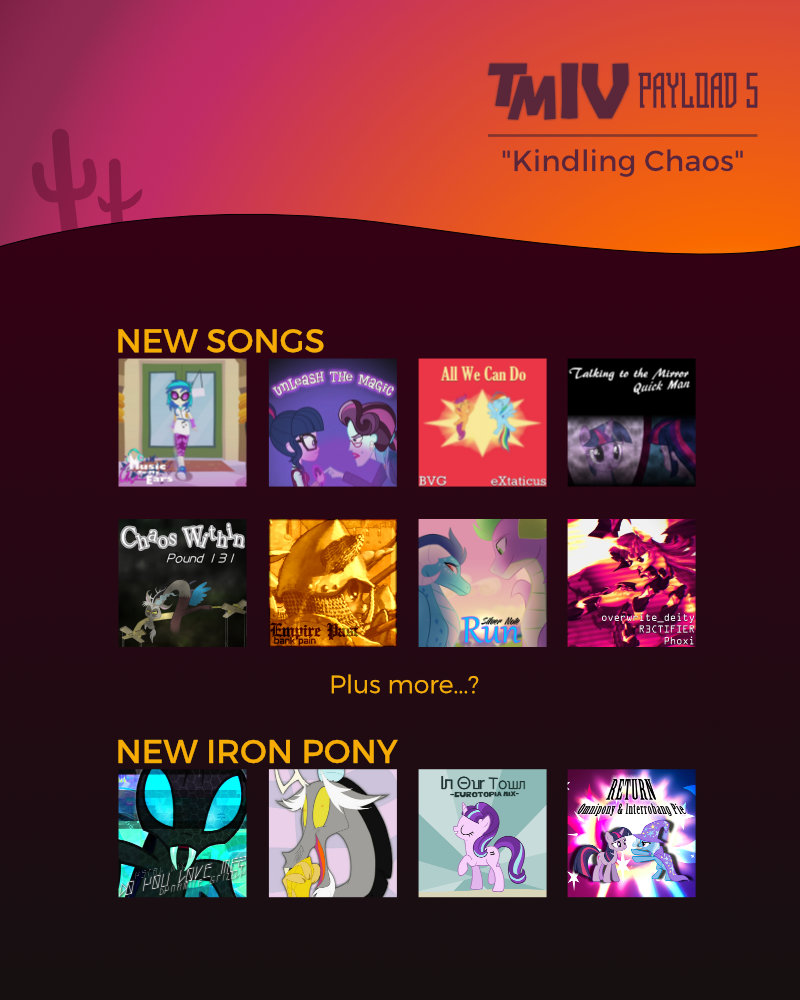 With our partners at PonyvilleFM celebrating their 7th anniversary, we thought it would be cool to give you guys the penultimate patch for our fourth title, loaded to the brim with tons of content!

However, that’s not even close to the end, as there is a second Pyrosentric that begins now. Where the first had bosses in the moderate 15-16 range, this set pulls no punches, with several charts going hard into the 17 range. 4 existing tracks (Do You Love Me (Crystal Mix), Entropy (Sim Gretina Remix), In Our Town (Eurotopia Mix), and Return) have received new charts for this mode, and 4 other songs remain shrouded in mystery, perhaps more if you do well…

Regarding the Mod Lab

The Mod Lab pack is now part of the main patches! Note that they have received minor enhancements since their individual appearance with the last patch, along with new previews to help differentiate them from their normal counterparts.

Not to be outdone

The theme has also received its 1.5 update, which includes some fit and finish tweaks, the changes necessary to use the new Pyrosentric set correctly, as well as some, ahem, plot-related … things. The previous NoteSkin download has also been merged into the Theme bundle, and also has some new additions in the form of Equality2 (finally updated to match the appearance of the other noteskins as of TM4), and Horsemaniax.

Note to those who have older versions of the TM4 theme; due to the changes and optimizations in this release, it is highly recommended that you not overwrite an older version of the theme with this one, and that you just delete the older version and replace it with 1.5.

These are temporary mirrors; the Downloads page will be updated with these downloads once our standard mirrors are up: