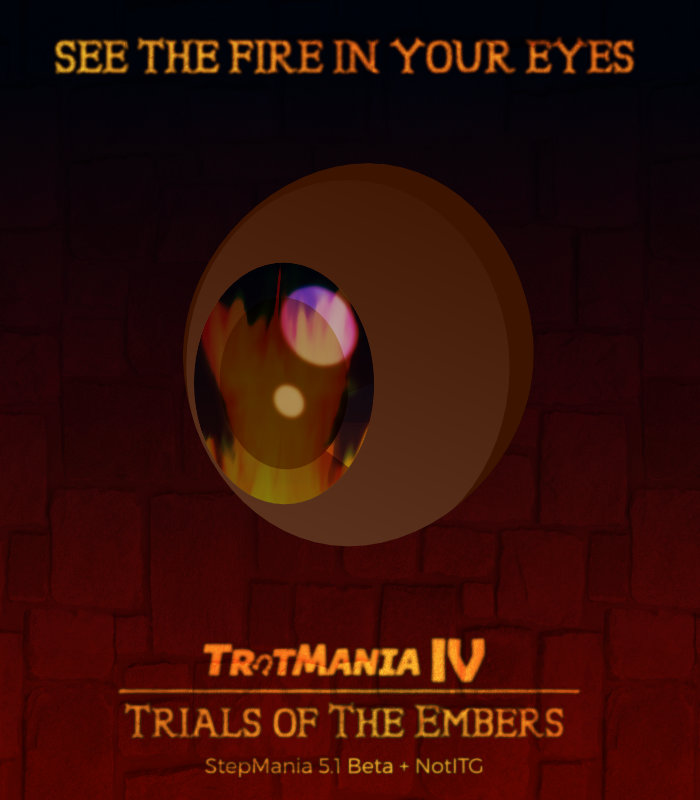 “Obscurus doing something suspicious again. Weird messages I’ve seen painted everywhere today. Getting sand in my mouth and mane. Blast Furnace; is it me, or is everything at the Gathering out to get me?”

“Ha! Actually, I get that a lot from first-timers; nothing anypony has ever posted online about the Gathering has ever summed up what it’s really like to be here for real, so it’s quite a culture shock. But if they do think something’s up, I just tell them that some sort of omnipresence is judging their worthiness. It’s the ‘trials of the Embers’, as I like to call it.”

“I’m guessing it’s like one of those RPG quests?”

“So what’s our next objective?”

“Being on the lookout for any suspicious activity, but I think you should talk with Diablo about that; she’s been quite knowledgeable.”

“Also, Sun Beamer, while we’re here, you don’t have to constantly bring up that dust storm incident. I caught your drift the first 126 times.”

Tonight brings the symbolic end of the Gathering of Embers and perhaps its most famous moment, when the giant, wooden alicorn that had been silently overseeing the proceedings in Duskgem Basin, will be burned to the ground with much fanfare (and all but the most loyal participants will promptly begin clogging up the roadways trying to get out a few hours later, if they don’t stay around for the afterparty that is).

While this event was meant to be an opportunity to let loose, the fact that your one-time enemy Obscurus Noctis is here, brought an entire DJ posse with her, and is planning to do something during the burn with the same, vision-altering magic she tried using on you at the EDM festival in Las Pegasus earlier, has cast a shadow on your visit to Duskgem Basin. At the same time, her friends seemed to be quite friendly; Eight Track was pretty chill, while Train Spot and Wave Rider rival you and Blast Furnace in the “Most Adorable yet Tough Looking Couple at the Gathering of Embers” category.

But, there’s always a chance that they were just trying to gain your trust so you won’t be suspicious of Obscurus, or be tempted to meddle with her plans. You’ve learned tidbits about her abilities from a mysterious DJ known as the Diamond Diablo, but now it’s time to put the pieces together. Everything you’ve seen here, no matter how ridiculous, can successfully be justified as being art. For all we know, it could just be good, clean fun in the end. But you’ve only ever seen Obscurus play dirty, so you’re not wrong in being suspicious of her future actions.

Apparently, diffraction glasses (which conveniently fit right inside your ski goggles) make it easier to see the visible signature associated with this specific magic, but you’ve been warned that they can cause you to see disorienting “visions” during the burn. You see how turning every point of light into a rainbow-colored star could be potentially nauseating at any time, but everypony keeps talking up their effects like something a lot more significant is happening.

Yeah, something’s gonna happen alright, and they’re not going to need rainbow-tinted glasses (or questionable agriculture) to see it if Obscurus gets her way. Like Blast Furnace told you earlier, these may just be your trials.

TrotMania III established a convention for having one of the final updates be accompanied by an event of sorts. While the update itself was the event in the case of Dawnfall, Trials of the Embers is an event in its own right, and is in my opinion, one of the biggest side-projects that has ever occurred within TrotMania so far. It was worth the wait, for sure.

For those who aren’t aware, Trials is a set of missions in the style of those “sightreading tournament” things that people like TaroNuke have been organizing. That means gimmicks and lots of them. The Mod Lab stuff was just preparing you (and us, in a way) for this moment. These are brand new songs and brand new stepcharts that few people have seen before. Can you see through the visions and dance your way to victory?

Trials of the Embers is set within the climax of the TrotMania IV story Embers Fall; the events will be seen from different perspectives in its final chapters, so stay tuned!

A few notes before we get started

As we have repeatedly warned, Trials needs a different version of StepMania than normal, because these songs utilize features not found in the current version. StepMania 5.1 Beta 2 was released earlier this week, and is the recommended version to play it on. A special Trials theme and a 3D version of the Horsegroove noteskin are included in the release bundle; you’ll only get the nice cutscenes/other art if you use the Trials theme.

It is strongly advised that you read the README file in the bundle, especially if you’re not experienced with handling these types of simfiles,

Speed mods do not matter. Keep it on an X-mod (i.e. 1.0x/1.5x), because the sequences specify their own speed mods, and we’ve seen M-mods cause breakage. Oh, and one more thing, you don’t need to worry about failure either: all of the stages are set up so that you can’t fail at all!

Before we go any further, I would like to personally thank everyone who was involved in this little project; coders, troubleshooters, artists, etc. It took longer than I thought it was going to, but at the same time, this gave me more opportunities to add some final bits of polish and other surprises. While this is the grand finale of TrotMania Euphorius from a storyline standpoint, there is still one more payload update on the horizon, and we’ve also been picking up the pace on TrotMania V too!

But anyway, Trials is what you’re here for, and the button below is how you will get it!

If you need any help or want to show off your scores, we got a Discord channel for that. In any case, good luck!